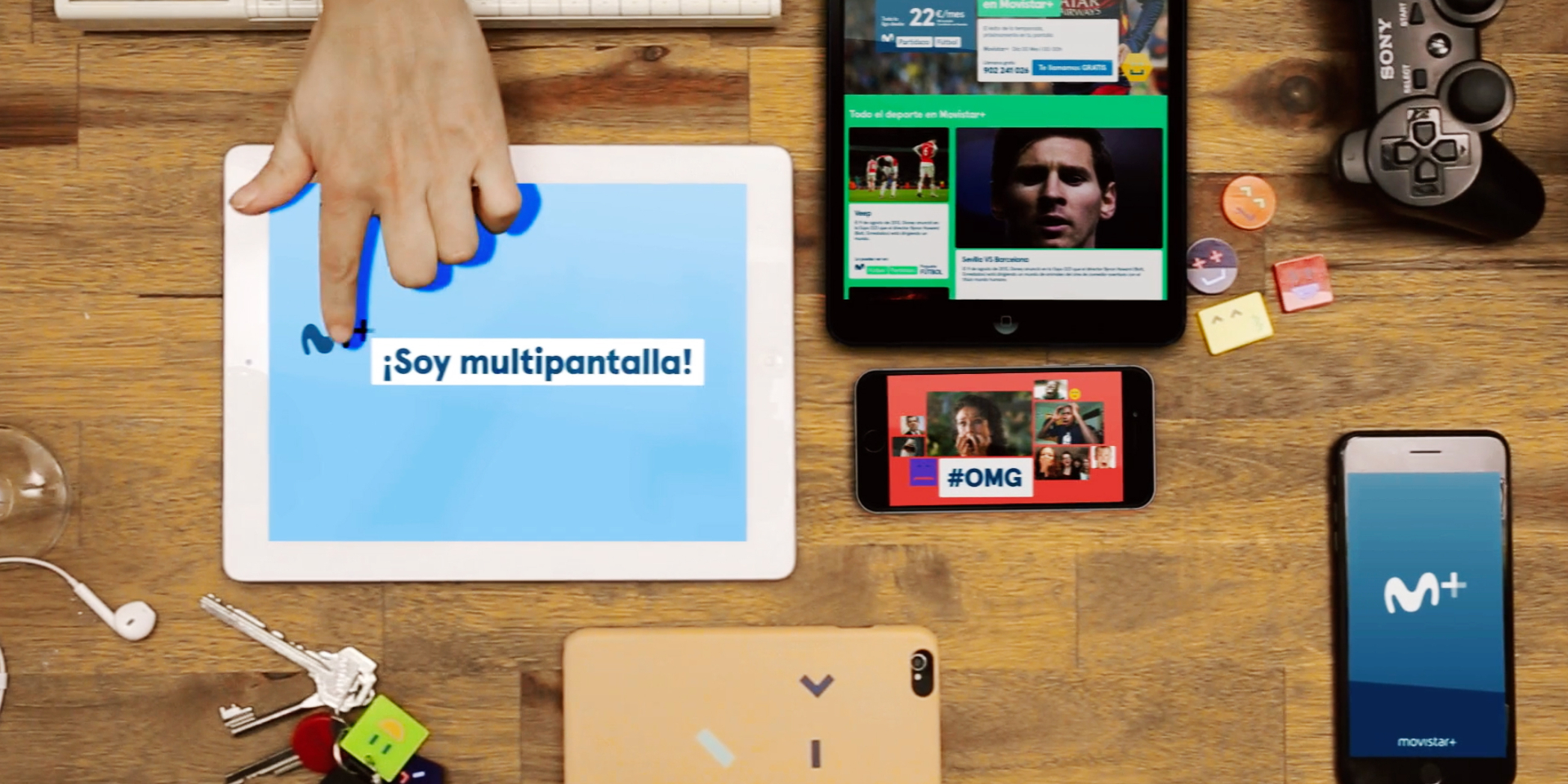 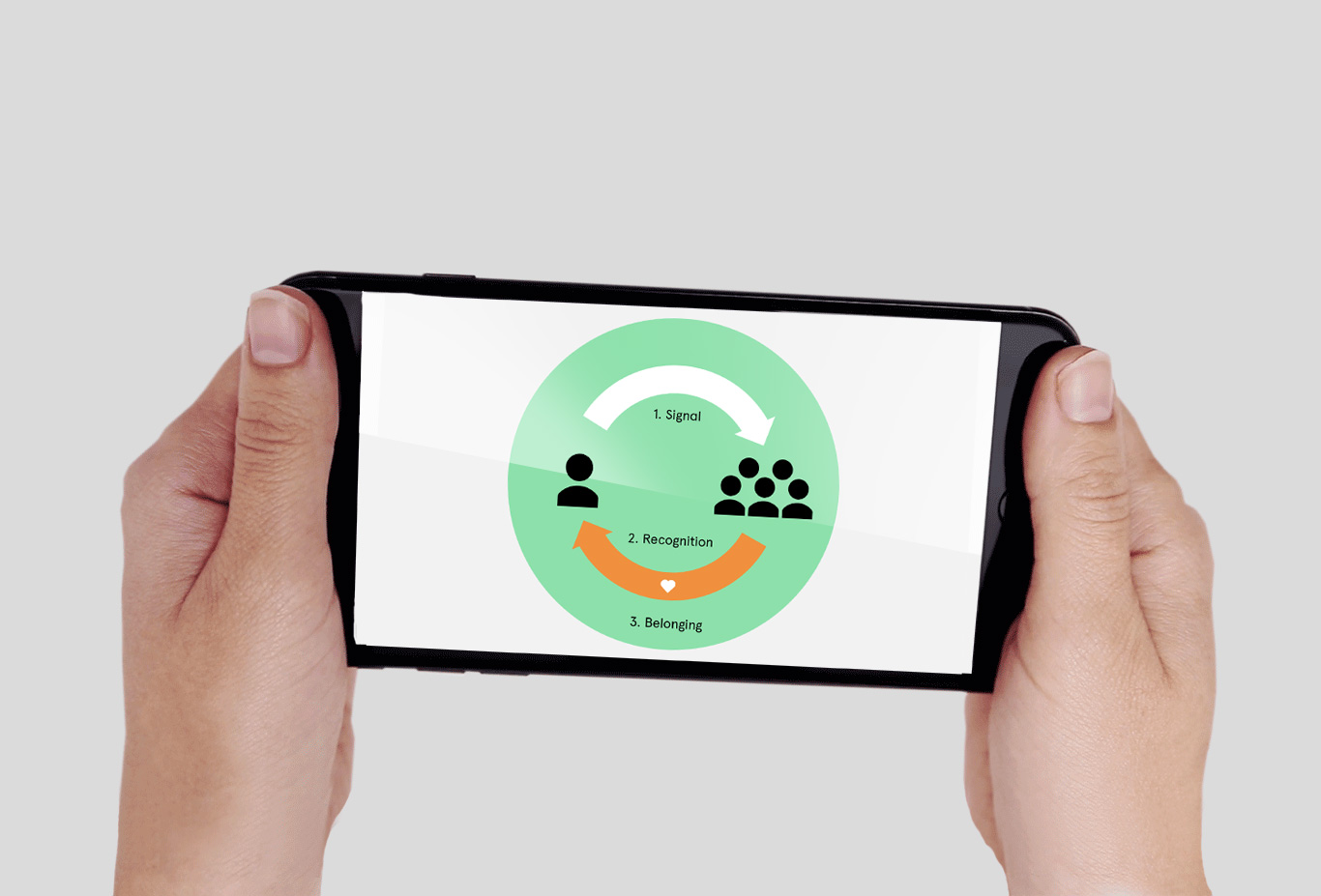 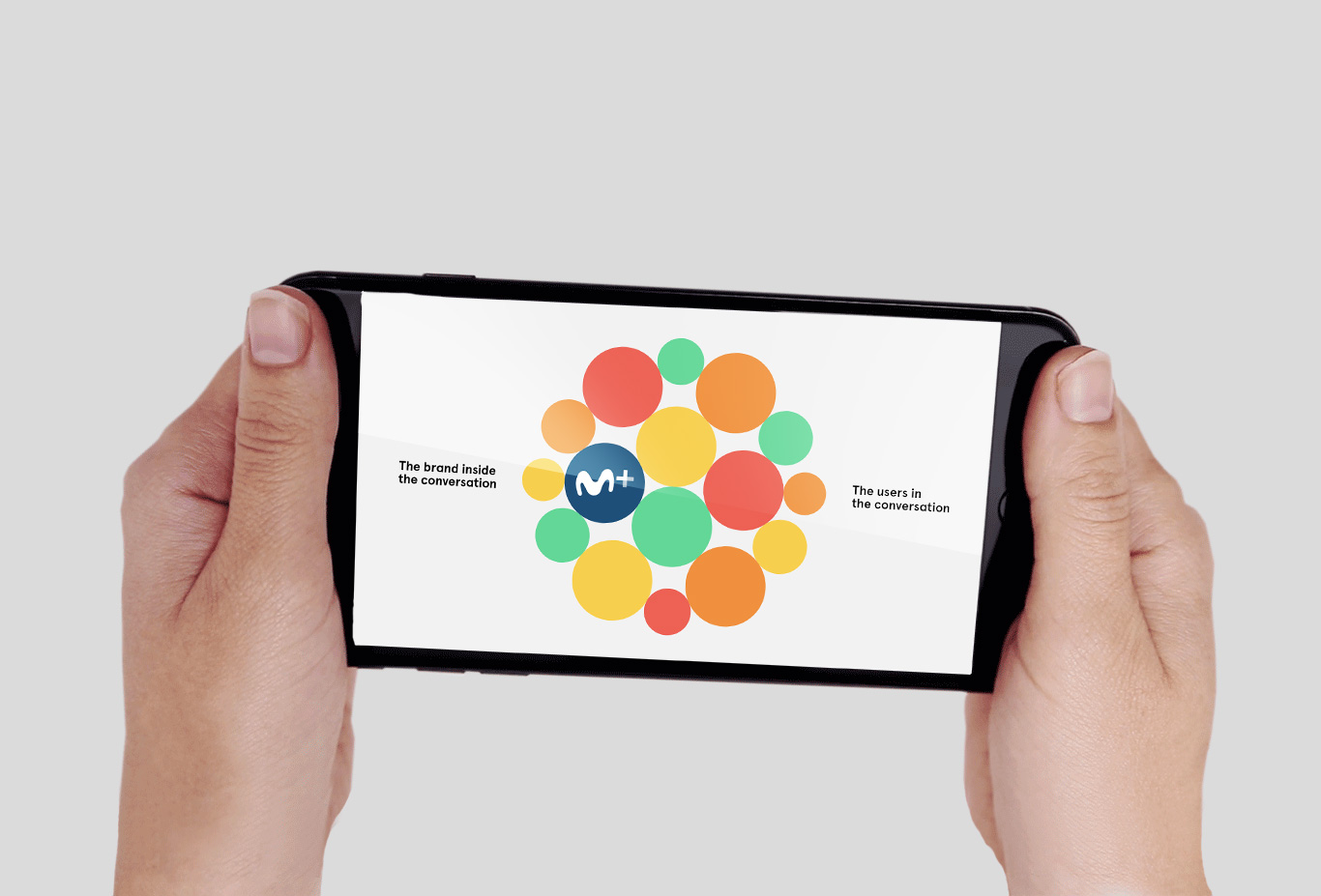 The Canal+ and MovistarTV logos come together to create the new Movistar+. The M+ symbol is a new way of understanding a corporate icon. Instead of functioning as a corporate sign-off, the symbol becomes a talking avatar which embodies the brand values and engages directly with its audience in an everlasting conversation. The icon is the symbol of a superfollower, of recognition and relation with the viewer, of a reposting multiplatform. The ‘movistar+’ logo then signs communication at the bottom. With this structure in mind we developed a consistent and organized brand architecture. The corporate identity also uses a new typography which produces a corporate visual voice, the vehicle of the conversation. The new brand comes to life with emotion through a real conversation with the user, talking about the shared content, becoming creative, expresive and close, and ultimately generating a community for the brand to live with. 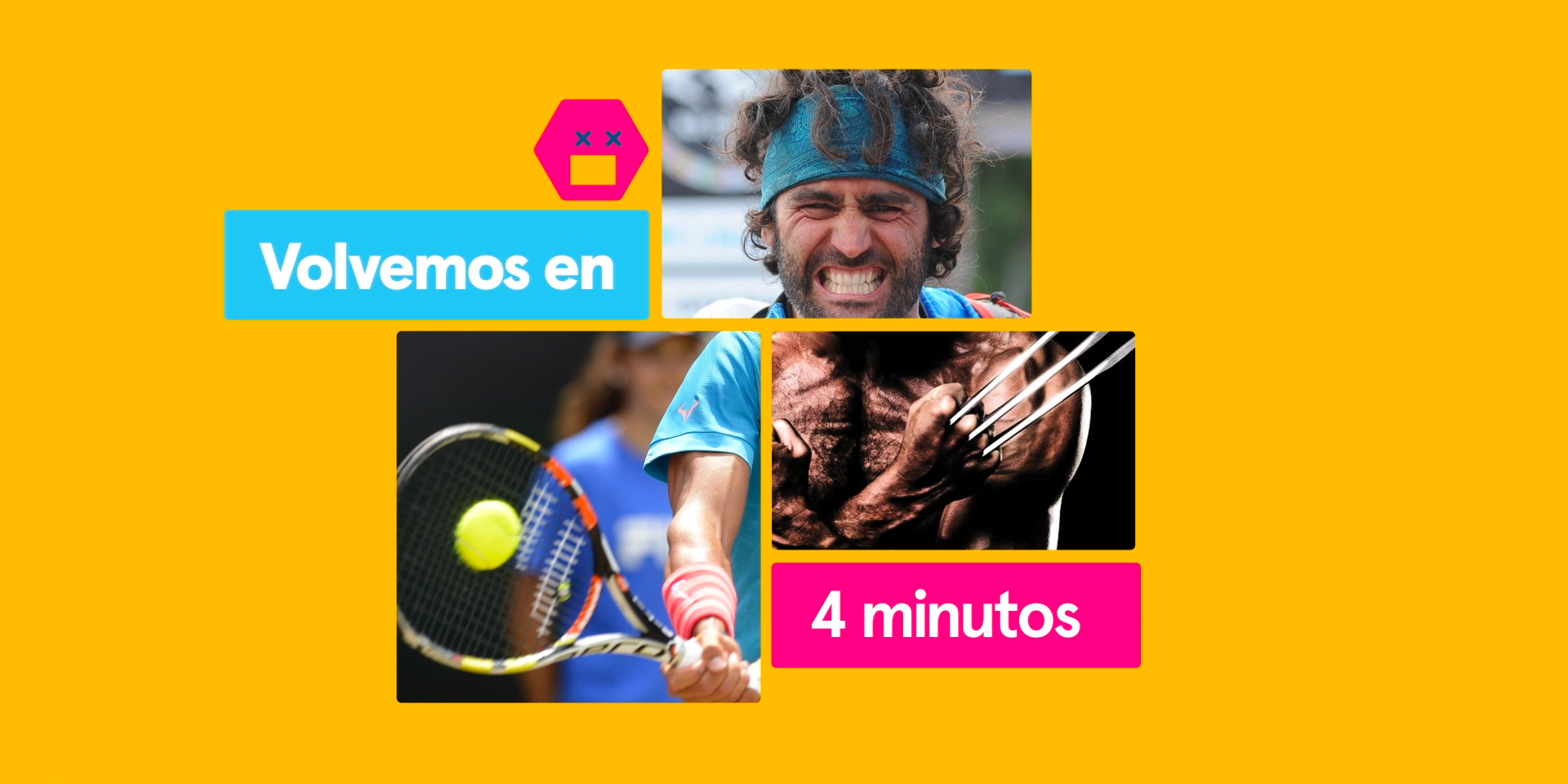 The new Movistar+ identity reaches its full potential on air, behaving as an expressive tv multiplatform language. The on air avatar logo comes to life with the ‘M’ acting as a visual narrator, and the ‘+’ sign becoming a cursor. The avatar sets the pace and introduces the ‘emovicons’. The multiscreen language develops into an endless canvas of scalable content boxes. The combination of these elements creates a seamless identity system, easy to use and to integrate texts, pictures an videos, with chanel information and user content.

Application two: interfaces
The use of different platforms (IPTV, DTH y OTT) demanded an identity able to adapt to the needs of different environments, ensuring navigation and user experience, base on the multiscreen language. This then extended on to the web and app interfaces for navigation.

Application three: social networks and website
The Movistar+ indentity was created to connect with the viewer through a sense of community and recognition. This makes sense and acquires full potential in the digital and social media space. Through a system of bumpers which work simultaneously on air, on line and on social media, movistar+ follows people, generates likes, memes, comments, photos, screenshots. And obviously the Movistar+ content is a vehicle for the stories and events of daily life, being it a new movie, the latest chapter of a series or a football match. In this way, a social communication is acquired through all the channels of the multiplatform. 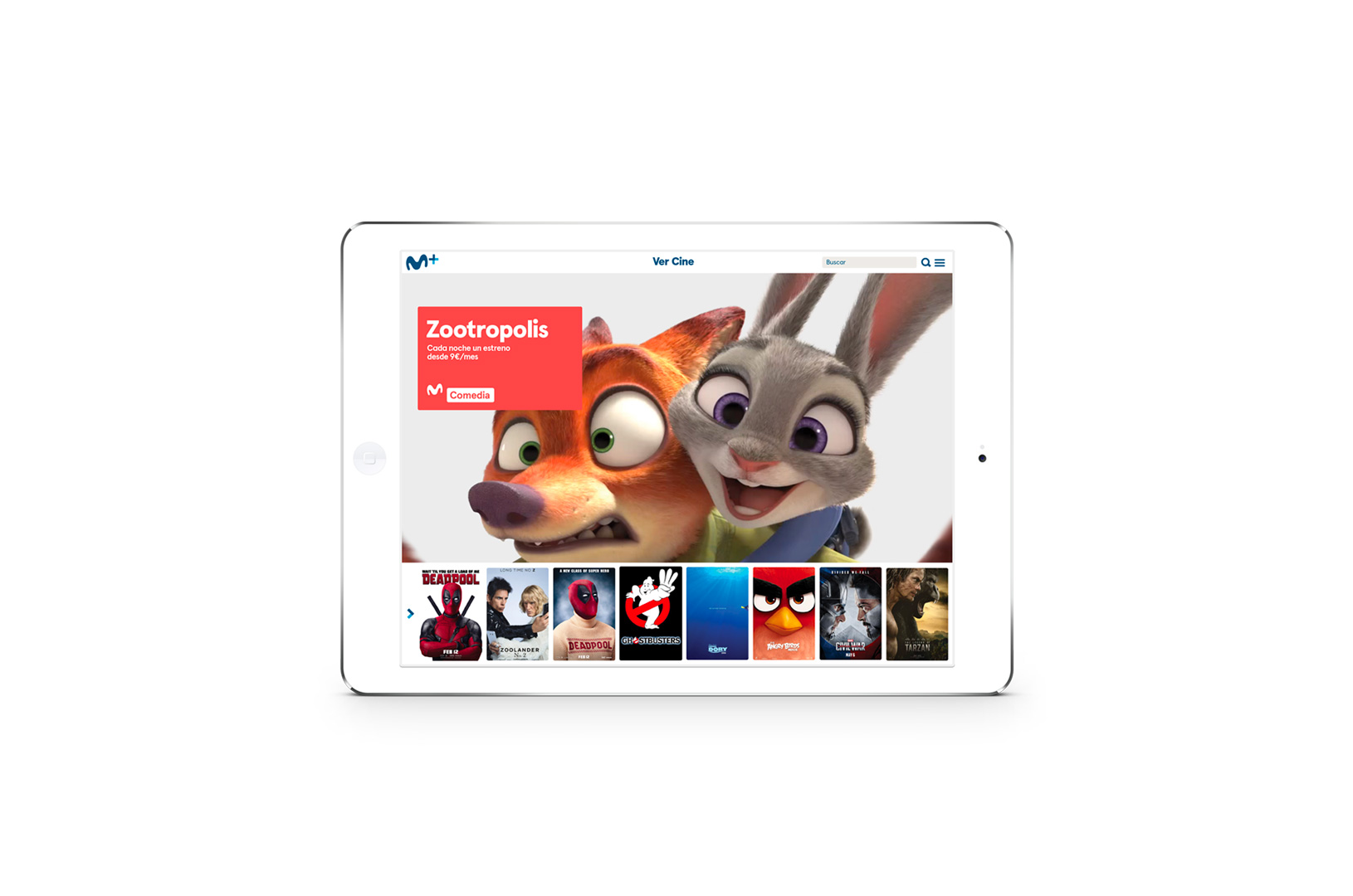 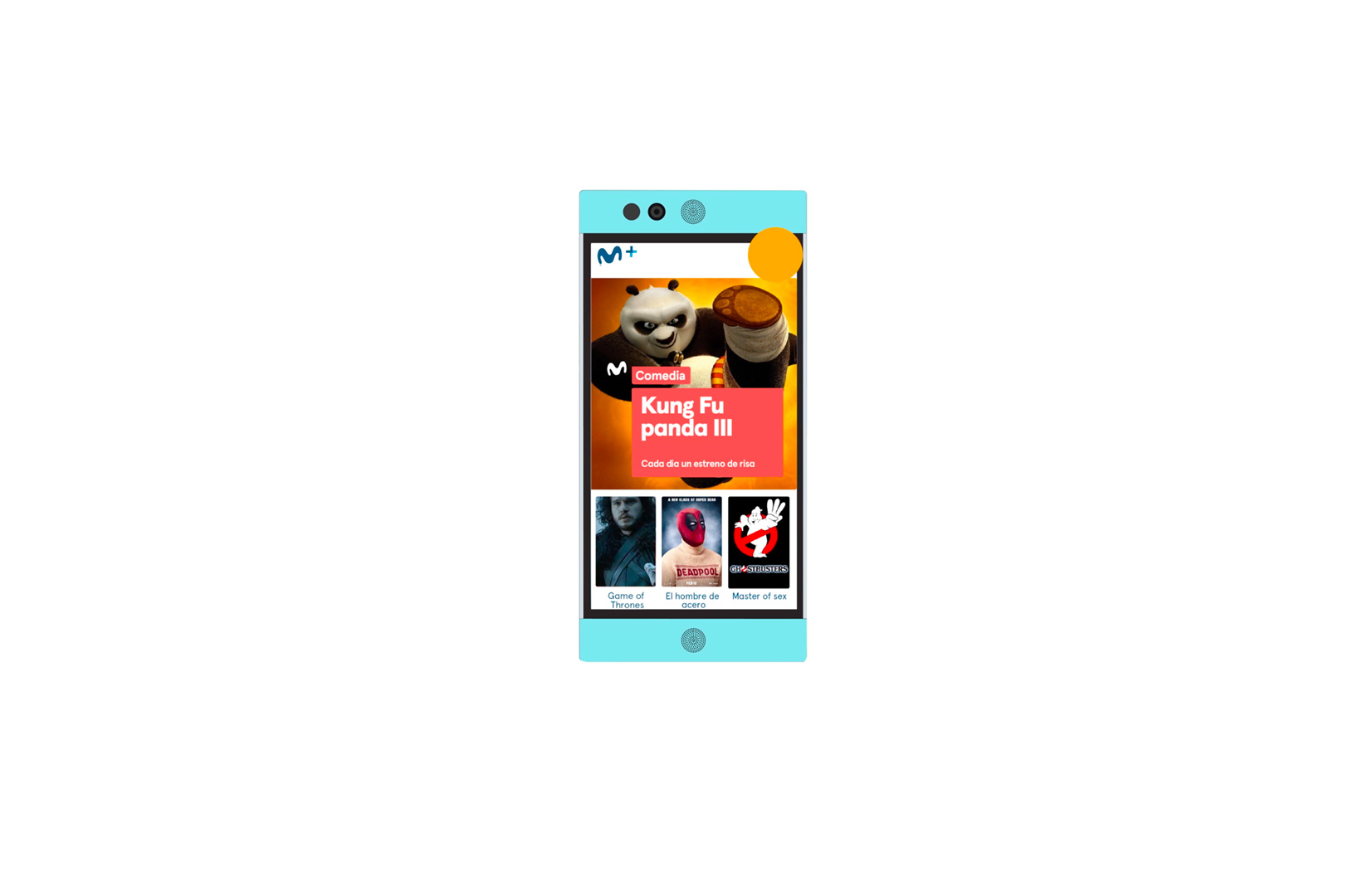 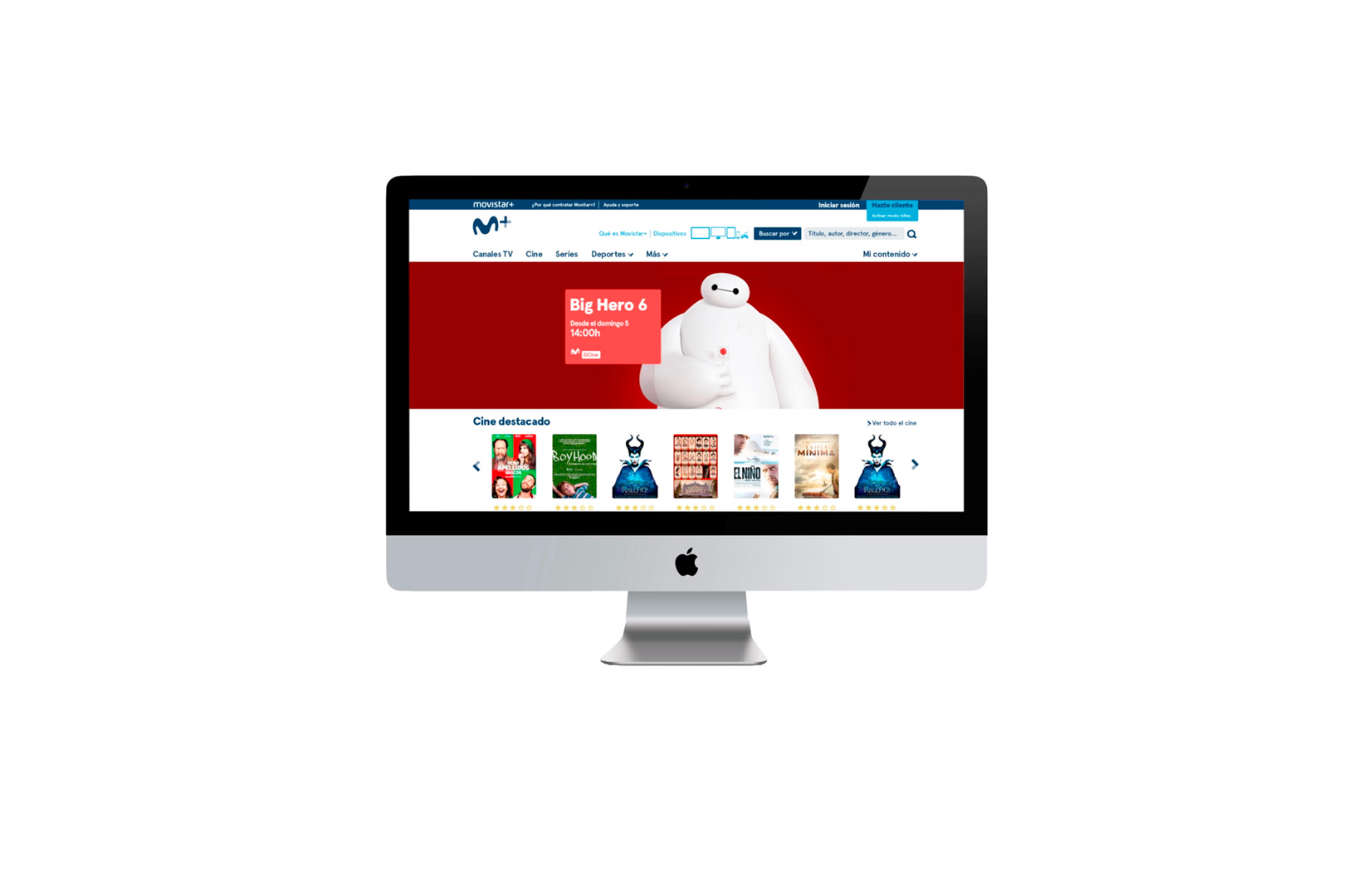 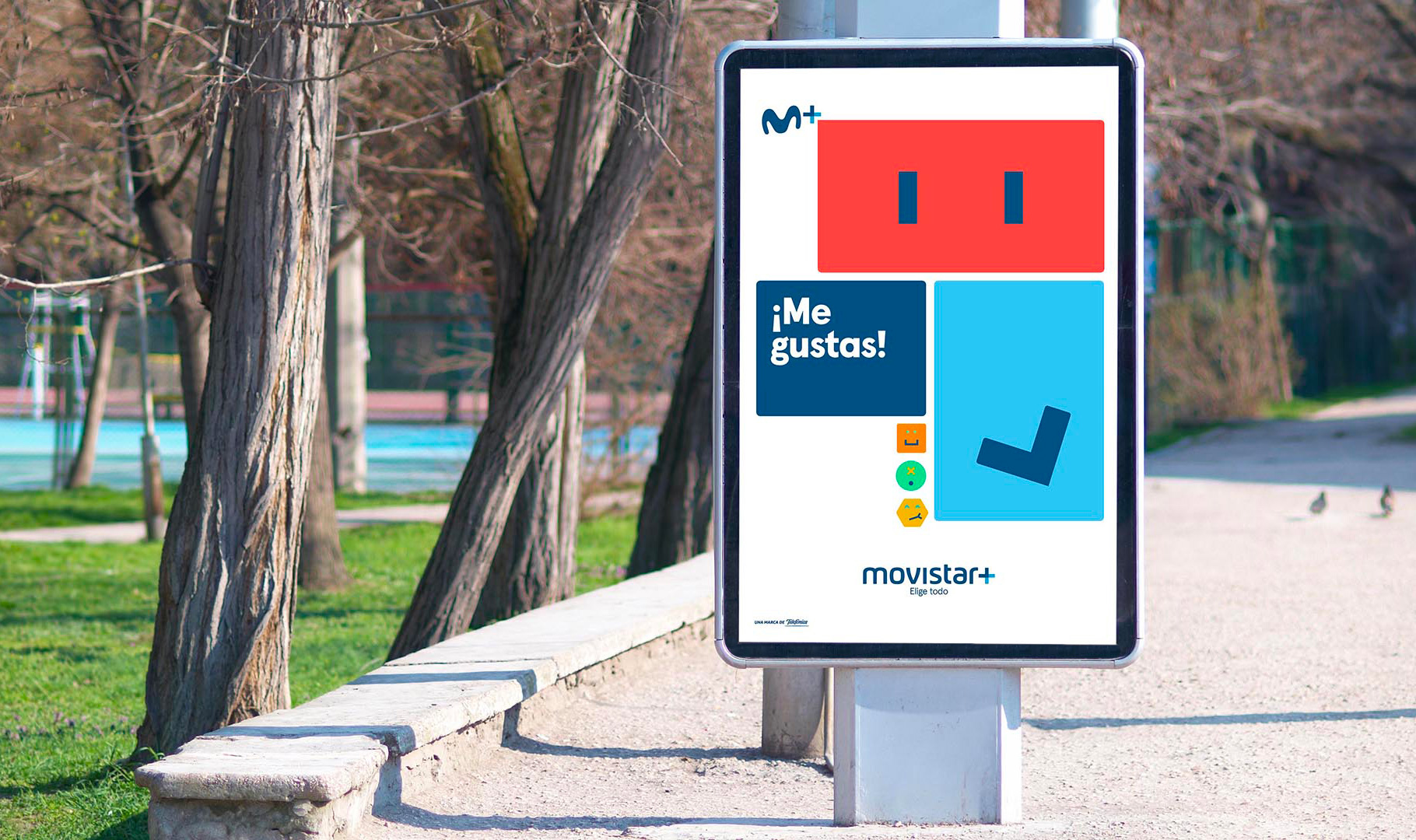 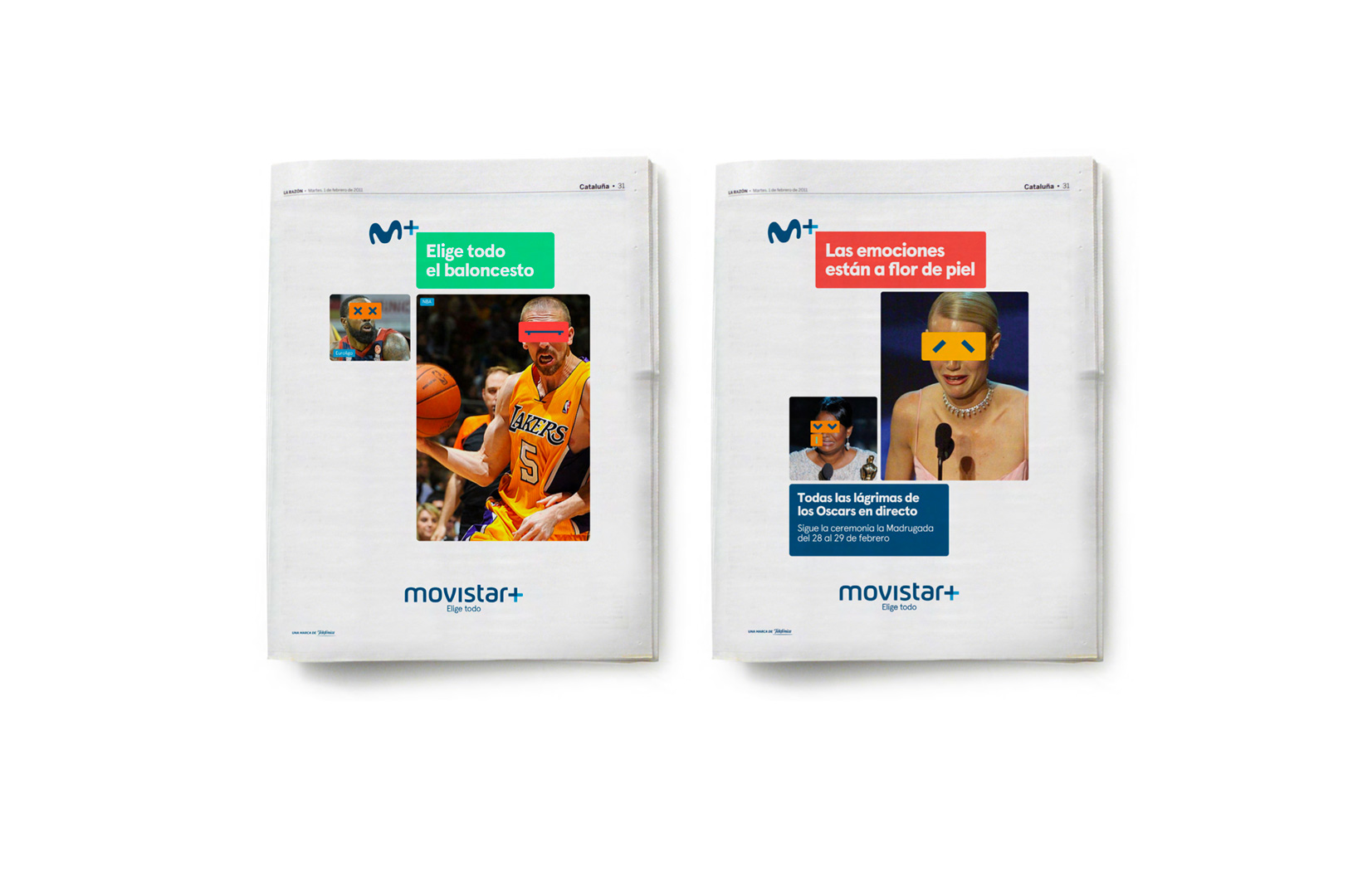 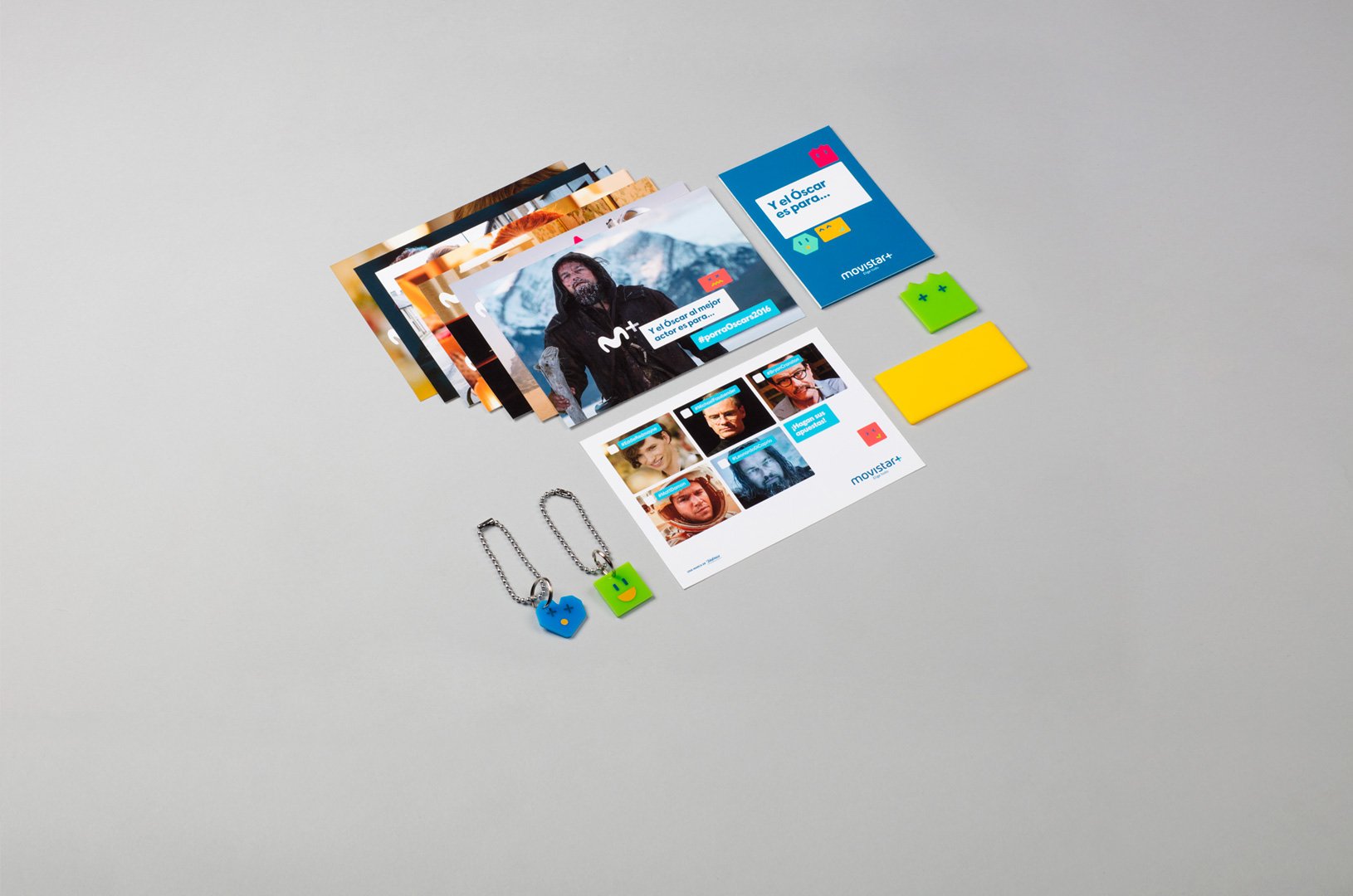 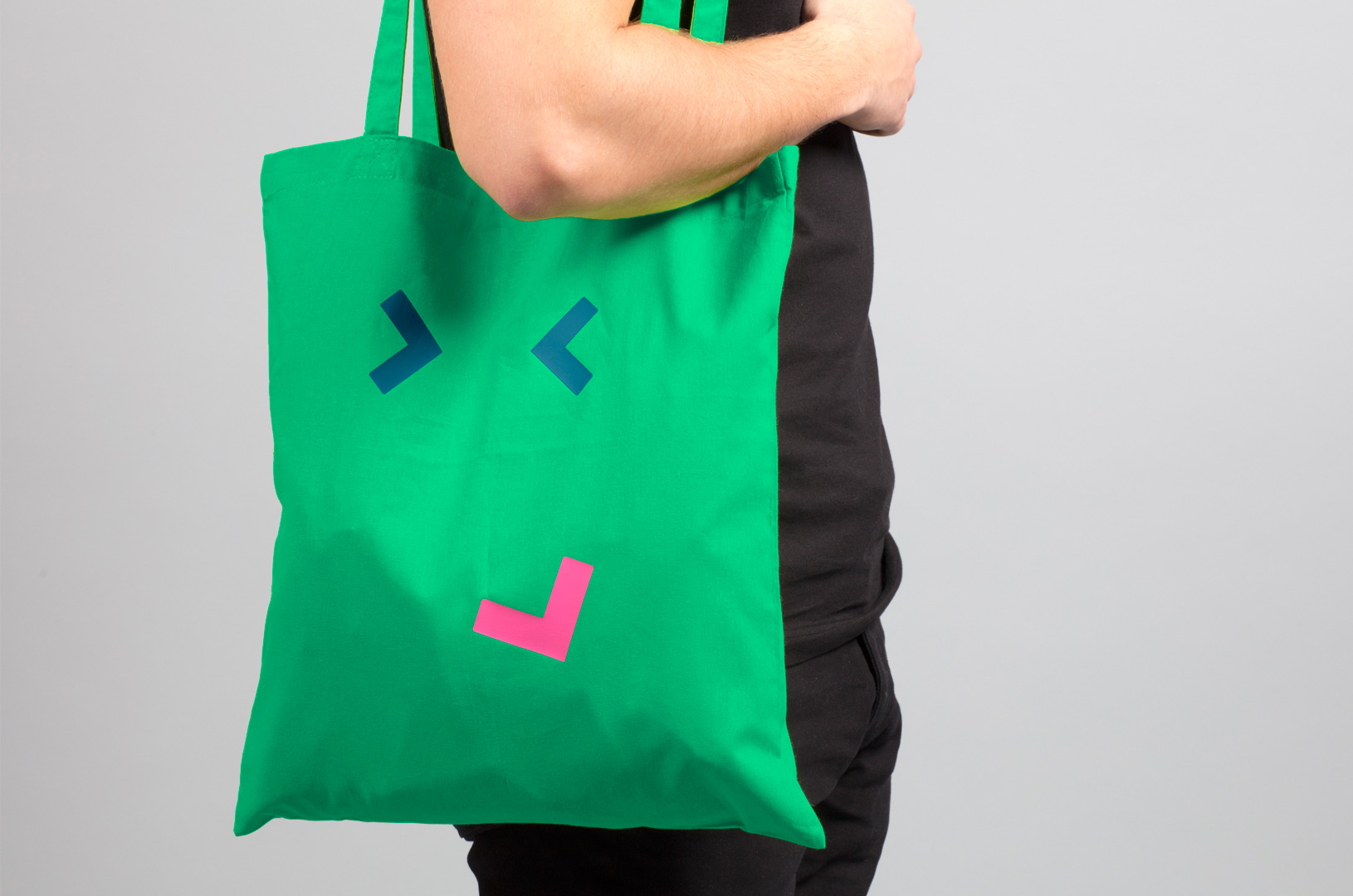 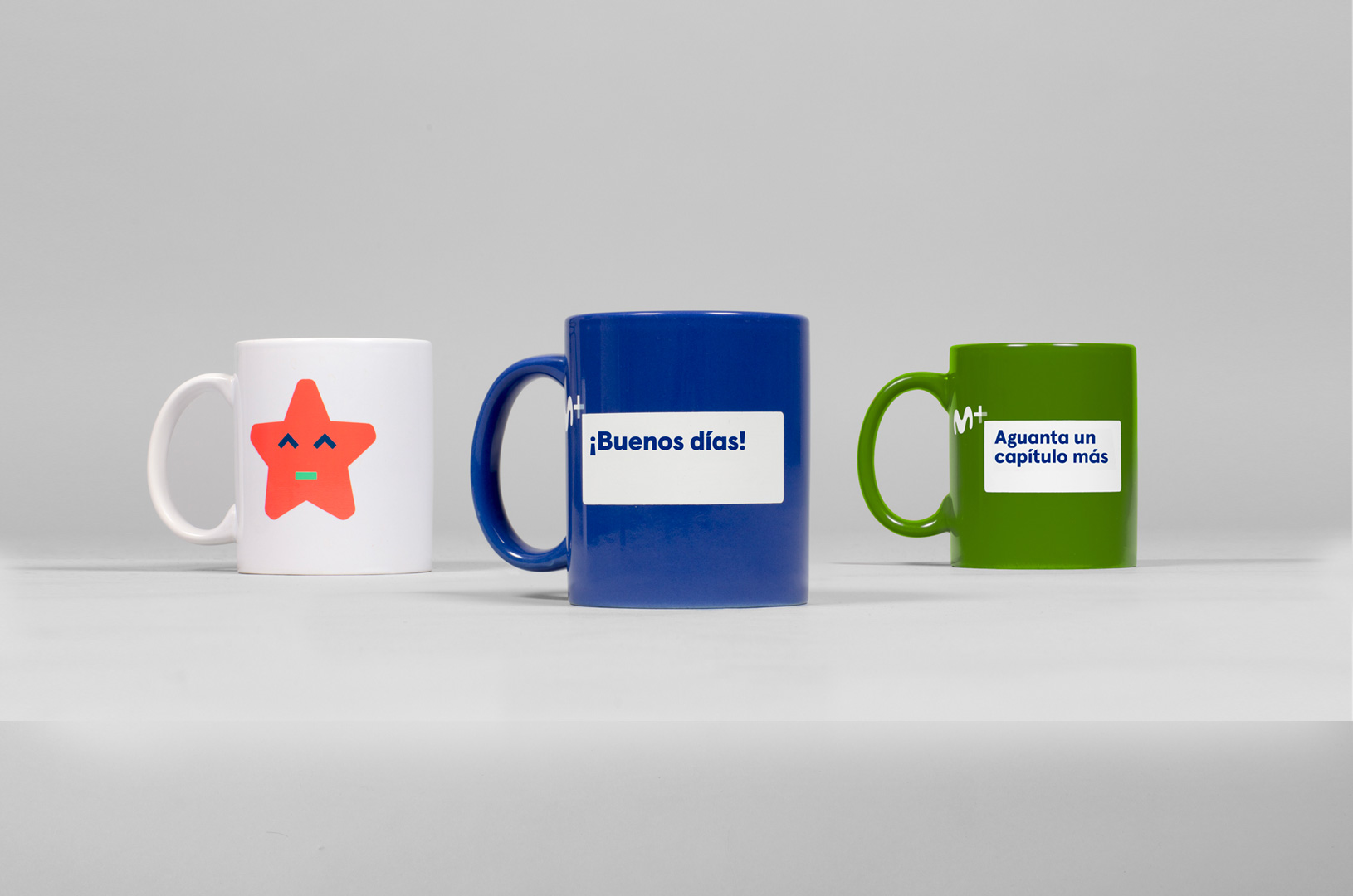 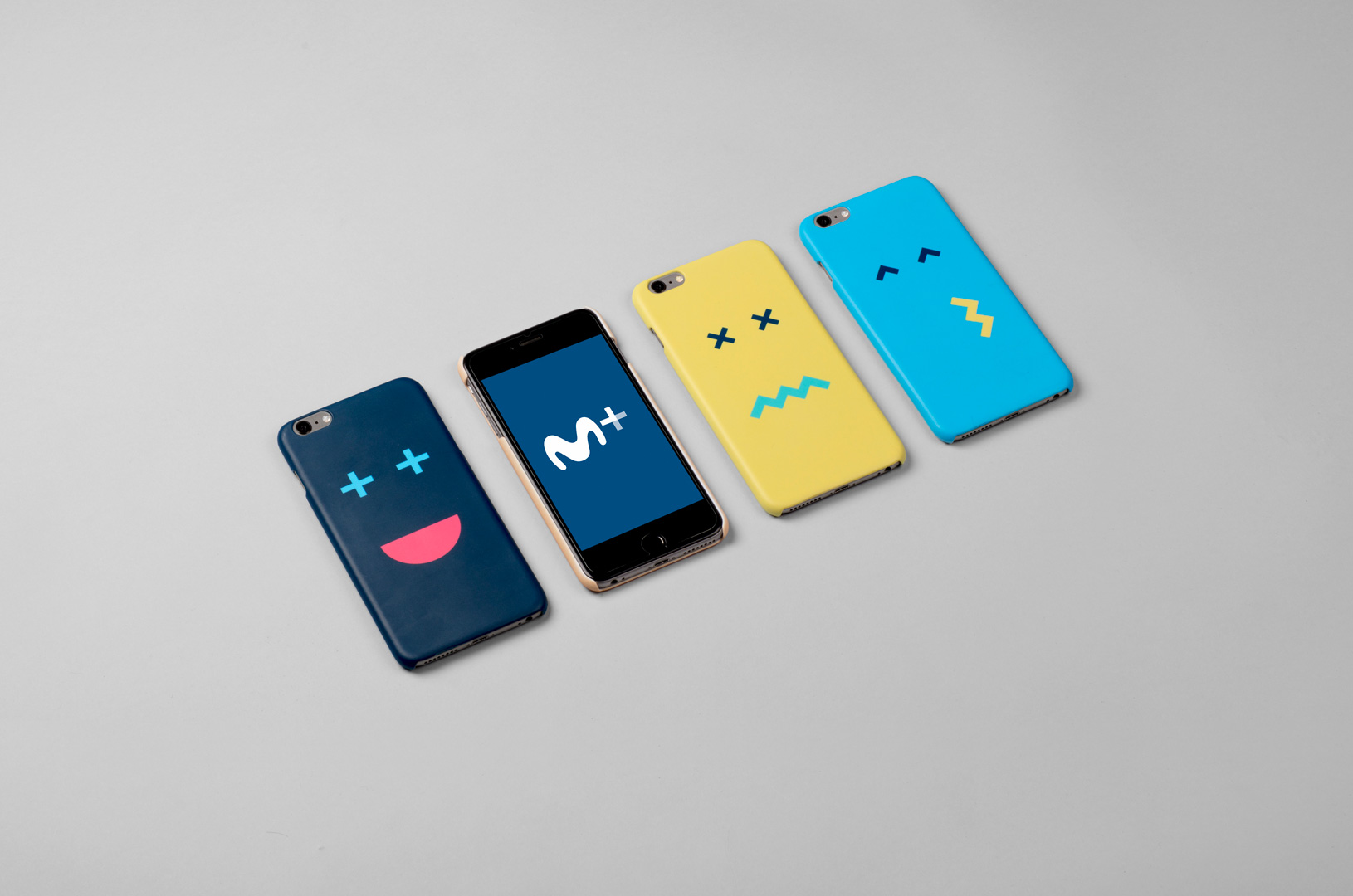