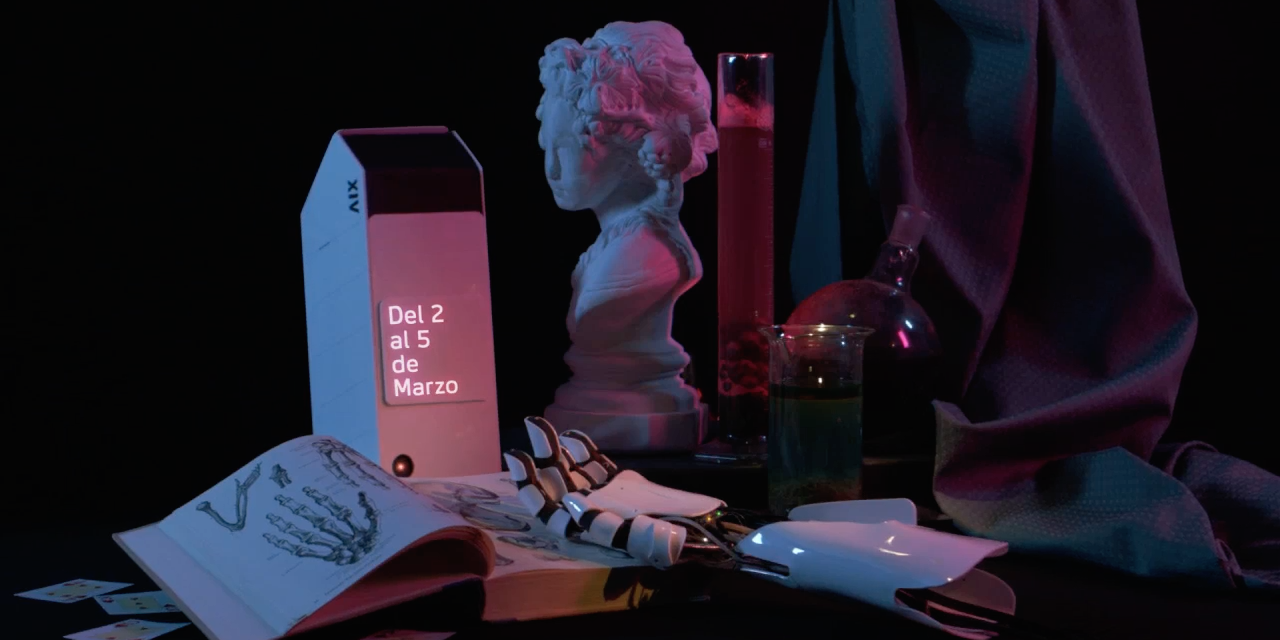 For 3rd year in a row, Syfy TV channel approached us to commission the image of SYFY’s fantasy film showcase, and we really love it. It is always an opportunity to let the imagination wild run into the creative science fiction worlds. We did and enjoyed all the steps of the process, from coming up with idea to the any little detail art direction, for posters, opening reels and promos, offline and online imagery … the whole image of the event and all pieces production and direction.

For this edittion, we got inspired on vanitas still lifes from the baroque period. Pictures questioning about past of time and life fugacity. We outlined different sets where skulls, symbols and tradition were combined with futuristic objects. This was the best part, we designed and crafted all the pieces like the robotic hand, teletransportation engine, virtual screens …

As a result, the whole Syfy universe brought together to present this year Showcase.

Thank you to aliens4sale for alien assitance.